The Condensed Guide to Running Meetings 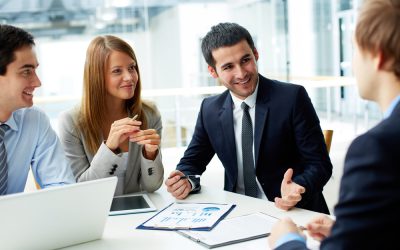 We all love to hate meetings!  And with good reason — they clog up our days, making it hard to achieve the work we have in-between the meetings, and so many of them feel like a waste of time.

Below are some ideas that will assist you to ensure your meetings are productive and precise.

1. “Keep the meeting as small as possible. No more than seven people.”

Of course, there is no magic number. Though research does not point to a precise number, “there is evidence to suggest that keeping the meeting small is beneficial”. For one, you’re better able to pick up on body language, and if you want people to have the opportunity to contribute, you need to limit attendance. By limiting it to four or five people is the only way to make sure everyone has the chance to talk in a 60-minute meeting.

The challenge with large meetings isn’t just that everyone won’t have a chance to talk, but many of them won’t feel the need to. This isn’t to say that a 20-person meeting is doomed for failure. You just need to plan much more carefully.  You need to be more thoughtful about getting input from the group and reading people in the room. “You need someone who is masterful at managing the conversation.”

This is a great idea, for two reasons.

The second reason to ban devices is that they distract others.

Still, there are some good reasons to use technology in a meeting, for note taking or retrieval of reference material.

The advantages for keeping it shorter are that attendees stay more focused.

Once people realise you’re tight on time, they stop asking questions or talking and focus on getting the work done.

This doesn’t mean you should try to cram every meeting into 30 minutes. This doesn’t mean that you should rush over topics but you need ascertain the outcome of your meeting early on so that the time is used wisely. This will give people time to voice their opinions, build on ideas and reach a conclusion.

4. “Make sure everyone participates and cold-call those who don’t.”

Some people may want to speak up but don’t feel like they can unless they’re asked, this may be due to “cultural reasons, or language barriers, or general disposition.” The people who hold back often have the best viewpoint on the conversation and definitely need to be drawn out.

Having everyone contribute isn’t just good for the end result of your meeting but for the participants themselves as well. People like to know that their opinions are being heard and considered.

For people who feel too put on the spot, you can talk to them ahead of time and tell them that you’re hoping they’ll contribute. That way, they’ll have time to plan what they’ll say. Then in the meeting, you may still need to ask for their perspective but they’ll be primed to do so.

If you’re already meeting for worthwhile topics, you can do a quick update.  You might say at the end, Is there anything that the group needs to be aware of before we leave? Is there something going on in your department that others need to be know about? “But if you’re only meeting to transfer information, rethink your approach. Why take up valuable time saying something you can just email?

6. “Always set an agenda out ahead of time – and be clear about the purpose of the meeting.”

It’s hard to imagine more sound advice about meetings. Designing the meeting and setting the agenda ahead of time critical. You should explain what’s going to happen so participants come knowing what they’re going to do. If you lack a clear plan of action that is often the reason why groups get derailed in decision-making. Having a plan gives us the opportunity to clarify our intentions and think through the influences that could make it difficult for us to accomplish your goals.

Next time you need to bring a group together, do the best you can to make it a good use of everyone’s time—including your own.